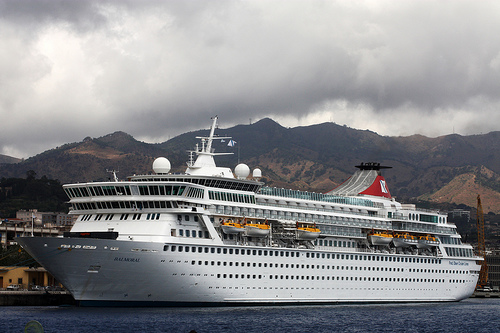 British travel firm <a href="http://www.titanicmemorialcruise.co.uk/" target="_blank">Miles Morgan Travel</a> are taking reservations for this unique cruise that will commemorate the Titanic&rsquo;s tragic voyage in April 1912. his is obviously a unique event and such is the interest in the 100th anniversary of the Titanic it is highly recommended that a booking be made as soon as possible.</p>

The 100th anniversary of the sinking of the Titanic is to be marked with a cruise that will follow the ship&rsquo;s original route. The Balmoral cruise ship&mdash;operated by Fred Olsen Cruise Lines&mdash;will disembark from Southampton, England with 1,309 passengers aboard, the same number as on the original voyage. The ship has already booked academics, history buffs, and hardcore Titanic fans, as well as those who actually had relatives lost in the tragedy. The Titanic-themed trip will do everything to replicate the 1912 experience, including era-appropriate meals, music, and entertainment.</p>